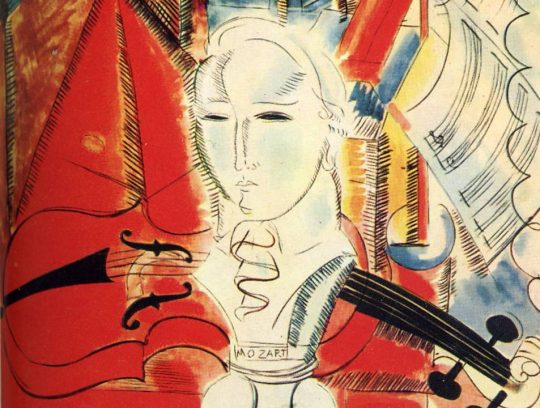 Our programme is a tribute to three extraordinary figures, each of whom has expanded the horizons of Western Classical music in some way.

Throughout 2020 the life and music of German composer Ludwig van Beethoven will be celebrated on the 250th anniversary of his birth. His quest to push the limits of what was accepted musically in his time made him a crucial figure in the transition between the Classical and Romantic periods. His 3rd violin sonata, composed in 1798, although technically still in the classical period, already announced a musical creator who would forge his own path in composition. The first movement defiantly showcases the novel idea that these are duo sonatas and not simply a violin sonata with a piano accompaniment. Moments of bold harmonic exploration coupled with a breadth of expression in the slow 2nd movement point to the unique musical language of his later works. However in the final movement, Beethoven allows himself to revel in his mastery of Classical technique and invites us to sit back and enjoy the wit and joy of the music.

Hailed as the “Queen of the piano” in the 19th century, Clara Schumann’s legacy to performance practice has been enormous. In a career spanning over 60 years, and over 1500 concerts, she was one of the first to play from memory as well as changing the format and repertoire of the piano recital from displays of sheer virtuosity to programmes of serious works. She also championed the works of her husband, Robert Schumann and later those of her great friend, Johannes Brahms. She also composed, but her works fell into neglect and are only recently reclaiming their rightful place on concert platforms, due in part to her bicentenary celebrations in 2019, the recent interest in music by women composers, but also because her compositions deserve to be heard alongside those of her contemporaries. The three Romances for violin and piano were composed in 1853, a particularly creative year for Clara. Dedicated to her duo partner, virtuoso violinist, Joseph Joachim, they performed it together before King George V of Hannover who apparently loved the work.

Niccolo Paganini was the most celebrated violin virtuoso of his time. His own works, composed to perform at his concerts, have had a profound influence on the evolution of violin technique. Possibly his most famous piece is the 24th Caprice for solo violin, composed in 1817. Since then, composers of all genres of music have fallen under its spell. Brahms, Liszt and Rachmaninov are some of the giants of the piano world who have succumbed to its charms. In addition, there are arrangements for balalaika, marimba, brass and wind bands, and the composition has even found its way into jazz, rock and heavy metal. In this programme we will hear the interpretation of this famous melody by Polish composer, Karol Szymanowski. The violin part remains, mainly, true to the original but being a pianist himself, Szymanowski added an accompaniment that is equally challenging for the pianist and creates a wonderfully inventive and idiosyncratic composition.