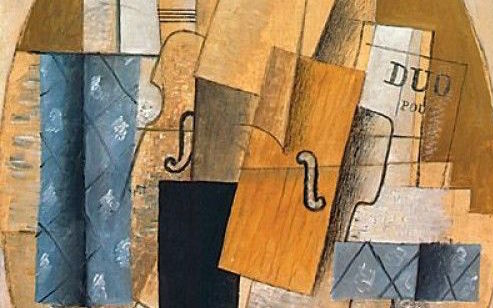 Variations on a theme of Robert Schumann, Op 20

Concert transcription of  “Largo al factotum“ from Rossini’s opera, “The Barber of Seville”

Composers throughout musical history have turned for inspiration to the compositions of others, often effecting a total transformation in the process.

Our programme, however, opens with an original work but with an interesting story. Schubert’s ‘Arpeggione Sonata” was composed originally for the ‘Arpeggione’, an odd hybrid instrument, strung and fretted like a guitar, but bowed like a cello. Its heyday was in the 1820s in Vienna and by the time Schubert’s sonata was published in the 1870s, the Arpeggione instrument had all but disappeared. Luckily this gem of a sonata continues to live on having been adopted by several instruments, including the violin.

Hailed as the “Queen of the piano” in the 19th century, Clara Schumann is perhaps better known these days as the wife of the famous German composer Robert Schumann. She also composed, but her works fell into neglect and are only recently reclaiming their rightful place on concert platforms.  1853 was a particularly creative year for Clara. She wrote in her diary, “for the first time since we are married, I can finally compose and practise daily.” In addition to some original works, she also wrote a set of variations for solo piano, taking as its inspiration, a short piece, composed by her husband, Robert Schumann in 1839. It spells out her name, C-L-A-R-A in musical form at the outset and this theme can be clearly heard throughout the 7 variations. The mood of the piece stays mainly sombre and melancholic, in keeping with Robert’s original piece. However, in variations 2,4,5 and 7 we are given a glimpse of the commanding virtuoso piano technique that Clara obviously possessed. Variation 6 is a beautiful canon, testament to the hours the Schumanns dedicated to studying the works of Bach. Clara composed this work for Robert’s 43rd birthday with the dedication, “To my beloved husband on the 8th June, 1853 this humble, renewed essay by his old Clara.”

Considered to be one of Bulgaria’s most influential composers, Pantcho Vladiguerov was one of the first to successfully combine idioms of Bulgarian folk music and West European classical music. The “Song” from his “Bulgarian Suite” is arranged in an expansively lush manner while still adhering to its folk roots.

The final piece of the programme is Italian composer Mario Castelnuovo-Tedesco’s adaptation of the aria, “Largo al factotum” from Rossini’s opera “The Barber of Seville”. This revels in a whimsical reinvention of the original aria and, as it was composed for the great violin master, Jascha Heifetz, it is not surprising that it makes great technical demands on both violinist and pianist.