A celebration of British song 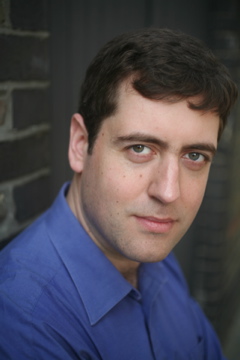 The last time I worked together with baritone Robert Rice, was at Wilton’s Music Hall, in my dramatized song recital, ‘Art Sung – Alma Mahler’ in which he, unflinchingly, took on the roles of the men in Alma’s life – Klimt, Zemlinsky and Mahler. I’m delighted to be performing with him again at the York Late Festival for an evening of British Song from the 20th and the 21st centuries.

The first half showcases two song cycles by two composers Steve Crowther and David Power, two of the creative forces behind the Festival, as well as a varied selection of songs taken from the CD, “ Songs now, British songs of the 21st Century” by various composers associated with York St John University. To complete this half, we will premiere a new work, ‘Wrong Jacket’, by composer Hayley Jenkins who is this month’s York Late Festival’s composer of the month.

The main work of the 2nd half is the cycle, ‘Songs of Travel’, by Ralph Vaughan Williams with poems by Robert Louis Stevenson. Inspired by early Romantic song cycles which took their inspiration from unfulfilled longing coupled with seeking one’s destiny alone in nature, Vaughan William’s cycle was hugely influential for a whole generation of budding English composers and has come to represent the very best in Victorian English Song.

The marvellously descriptive setting of Thomas Nash’s poem, ‘Spring’ from the ‘Five Elizabethan Songs’ composed in 1914 by Vaughan William’s pupil, Ivor Gurney, opens the 2nd half. More seasonal fare is served up with Gurney’s ‘I Will Go With My Father a-Ploughing’, a flowing lyrical setting which captures the mood of the changing of the seasons. Gurney returns to a more traditional four-square interpretation in ‘Down by Salley Gardens’ as does Benjamin Britten in The Foggy Foggy Dew. This group ends with a witty setting by Britten of ‘The Plough Boy’ – in a few short pages we see the transition of a simple country boy into a ‘Politician’ who describes himself as ‘a great man’!

I will go with my father a-ploughing,

Down by the Salley Gardens